In 1996 on Sydney’s northern beaches, at the age of 15 Hayden Cox shaped his first string of surfboards from his parent’s backyard for himself, school friends and a few local surfers. Slapped on the top right of each craft, was an ill-formed HS symbol that was soon defined into a well-rounded Haydenshapes logo, thus a brand was created.

With boards now stocked in over 72 countries, Hayden who was recently compared to a “hip quantum physicist,” by Surfing Magazine (USA), recently opened a second Custom Manufacturing operation and Office in Los Angles, California – his first, currently located on the Northern Beaches of Sydney, Australia.

A modern craftsman, Inspired by art, design, aesthetics and technical innovation, Haydenshapes’ detailed construction of each individual craft has garnered a worldwide following from the elite level to the everyday surfer. Recently, Haydenshapes best selling model “Hypto Krypto’ was named ‘Surfboard of the Year 2014 and 2015’ at the Australian Surf Industry Awards.

With a large focus on innovative performance surfboards, Haydenshapes aims to construct and provide premium performance designs that are fun, easy to surf and work to improve the ability of the everyday surfer. 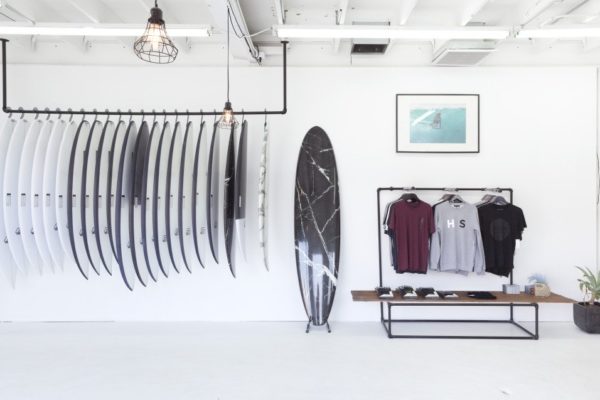 All Products by Haydenshapes